Most 5-HTP is extracted from the seeds of a woody climbing shrub native to West Africa, called the Griffonia simplicifolia plant.

5-HTP or "hydroxy L-tryptophane" (5-Hydroxytryphophan)  is a naturally-occurring amino acid and  is the precursor and metabolic intermediate in the biosynthesis of the neurotransmitters serotonin and melatonin from tryptophan. 5-HTP is converted to the neurotransmitter serotonin (5-HT), with the help of vitamin B6. This occurs both in nervous tissue and in the liver. 5-HTP crosses the blood-brain barrier  (while 5-HT does not). Supplementation with 5-HTP therefore increases production of Serotonin.

Widely used to help with obesity (dieting), PMS, migraines, depression, anxiety, insomnia and addictive behaviour. 5 HTP increases production of serotonin. Serotonin levels in the nervous system are essential for so many aspects of our daily lives. Serotonin is responsible for feelings of well being, satisfaction and for normal sleep patterns. Obesity, PMS, migraines, depression, anxiety, insomnia and addictive behavior have all been associated with low levels of serotonin. Serotonin plays an important role in controlling anger, aggression, body temperature, mood, sleep, human sexuality, appetite, and metabolism, as well as stimulating vomiting.

It is thought the hectic modern lifestyle of stress and bad eating habits lowers serotonin levels in the body. It is known that irritability, aggression, impatience, anxiety and worrying cause the body to release serotonin. This Serotonin then needs to be replenished by the body from the food you eat. But Serotonin is not found in large quantities in most diets so the body has to makes it itself from foods which contain L-tryptophan, such as chocolate, oats, bananas, dried dates, milk, yogurt, cottage cheese, meat, fish, turkey, chicken, sesame, chickpeas, and peanuts. Many people therefore crave the foods listed (fats and carbohydrates), especially when stressed, causing weight gain, depression, headaches, and muscle aches.

Clinical studies have shown that supplementing with 5-HTP produces positive results in weight loss, anxiety and depression. It improves sleep patterns and reduces carbohydrate cravings in those on low carbohydrate diets (such as The Atkins Diet). Anyone using a weight loss program similar to the Atkins Diet could experience a reduction in serotonin levels due to the fact that carbohydrates stimulate serotonin production in the body. Serotonin release is triggered by a carbohydrate load (sugar etc.) and it is thought that's why we often crave Carbohydrates under stress as we want to stimulate this serotonin release. When the brain produces serotonin, tension is eased.  Conversely when the brain produces dopamine or norepinephrine (noradrenaline), we tend to think and act more quickly and are generally more alert. Therefore eating carbohydrates seems to have a calming effect, while proteins increase alertness.

Taking 5-HTP supplements can stop this craving for fats and carbohydrates, as well as providing the body with the means to control all those other functions listed above, such as anger, appetite and sleep.

Some research has been done into 5-HTP and shows it has potential to help with depression and possibly anxiety, panic disorder, sleep disorders and obesity. 5-HTP seems to have the same effects as SSRI (Selective Serotonin Re-uptake Inhibitors) antidepressants.

Prescription drugs that raise serotonin levels are prescribed for all of these problems, but many people believe 5-HTP is a natural way to accomplish the same thing. 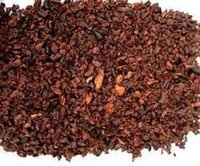 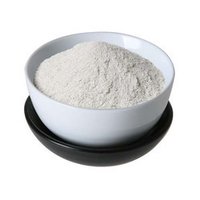 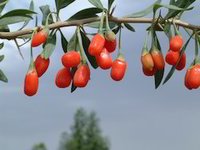 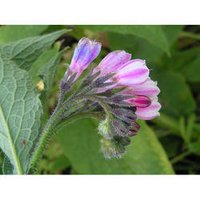 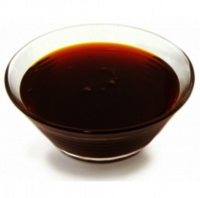